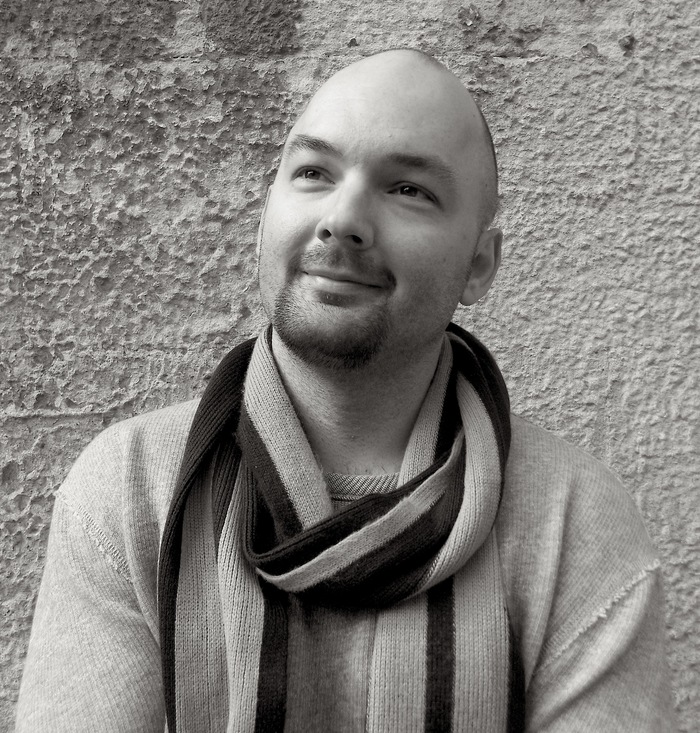 Like everyone else, I’d sacrifice a limb (or at least a digit) for Winds of Winter right now. A Song of Ice and Fire is the best modern epic fantasy series around and nothing else really comes close – though fans of “message” SFF and diehard Malazanites might have something to say about that. I read Game of Thrones back in 1999 and knew it was going to be huge even then. No one can accuse me of jumping on the bandwagon!

If you could live in any fantasy setting (other than your own), where would you live?

The Forgotten Realms. With my encyclopedic knowledge of the setting gleaned from endless novels and Dungeons & Dragons sourcebooks, I’d quickly amass a fortune in gold and hidden artifacts. I’d probably move to Waterdeep and hire every mage I could afford to protect me whilst taking intensive swordsmanship lessons from a certain drow elf. Then I’d see if I could seduce each of the Seven Sisters in turn except Syluné, who’s a ghost. That would just be weird.

Tell me a little about yourself. How did you come to write The Grim Company and what gave you the idea that you wanted to write a series?

I’ve been a video game designer since the age of 20. I’d always wanted to write a novel at some point. I had some free time on my hands and decided to take a stab at it. The Grim Company was an outlet for many ideas that wouldn’t work in a T-rated video game.

What motivated me at first was being able to share what I’d written on Authonomy.com, which allows users to read and back each other’s work with the eventual goal of reaching the editor’s desk at the end of the month and getting reviewed by a HarperCollins editor. I never made it that far: a literary agent discovered my work after only a few weeks and before I knew it I was on the train to London to sign with his agency.

I never set out to write a series. The bottom line is that the fantasy imprints like trilogies. It often takes a considerable amount of time (and books) before a fantasy writer starts making it big. The bestseller out of the gate is something that rarely applies.

Generally, when I feel like it or when a deadline looms. Most often I write at night since I find it hard to focus during the day. Too many other distractions.

I wrote a brief synopsis of the trilogy when my agent first pitched The Grim Company to publishers. So far I’ve pretty much stuck to it.

Before I begin a book, I list out the chapters and briefly detail what is going to happen in each. It makes the writing process so much easier when you know roughly what has to happen – though it does mean a lot of thinking time before any real writing gets done. That’s why I dislike giving estimates: having written 25% of the words is not the same as a novel being 25% finished. The process is much bigger than that, and each author’s process is very different.

Sword of the North is set for release on May 5th of next year. What have you learned from writing The Grim Company that has helped you with writing the sequel?

The Grim Company is that rare, rare thing: a first novel that managed to get some pretty good deals and generated a fair amount of hype without suffering rejection at any stage. Certain areas of my writing were already quite developed from my video game work. Other areas not so much, and it’s these rough spots that I’ve worked on in Sword of the North. More specifically, I now feel my prose is stronger, my characters are on the whole more likeable, and there are less obvious comparisons with other authors…

So far the experience has been a very good one. It’s a cool community… though perhaps certain elements are prone to clique, and I don’t like seeing the genre become a battleground for politics.

My advice for aspiring fantasy writers is to read, read, and then read some more. This is going to sound terribly cynical, but try to spot emerging trends also. There’s no point writing stuff no one is buying. A book is a product just like any other.

The UK release date of Sword of the North has been brought forward to December 10th. Those in the UK (or indeed, the rest of the Commonwealth) can therefore dive back into the world of Kayne and co less than two weeks from now. If you haven’t already pre-ordered, what are you waiting for?